The attacks on the „Charlie Hebdo“ satirists have again stirred many discussions about Muslims living in Europe. The answer of Europe is the preparation of “Anti-Islam” legislation as well as an outburst of a series of anti-Islam protests. Noteworthy in this respect are the “Pegida”-protests in Germany and Austria’s “Islamgesetz”, which has been tabled in parliament in December 2014 and has received a lot of support since the attacks on Charlie Hebdo. But are such answers really the right and especially most effective ones for dealing with the problems of constantly increasing radicalisation as well as fundamentalism in Europe? 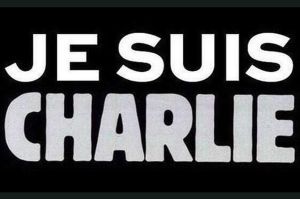 Europe, as pointed out by Edward Said, has created some parts of the world, and especially the Arab world as a constitutive moment of its own identity. To understand this idea better, it is worth taking a look of one of the sources of Said’s thoughts: the philosophy of G.W.F. Hegel’s dialectic. Hegel analyses the phenomenon of a society’s necessity to have an „Other“. This “Other” is a constructed identity which is filled with every characteristic which constitutes the opposite, the exact other, to the identity which is the one actively constructing. Characteristics are especially given in those categories, which are considered as very important for the constructing identity.

In the case of Europe, those are especially the following: religion, human rights, gender equality, justice, liberty and security and minority rights as well as LGBT rights, amongst others. It is therefore clear why Arabs are seen the way they are seen in Europe: as too strict and too old-fashioned about religion (arguments sometimes even go as far as considering Islam a bad religion), as barbarians who do not understand the concept of (Western!) human rights, as a folk who has an unfair justice system and who is too inhuman to accept minority and LGBT rights.

What Europe, or at least Europe’s society does not understand is that it supports, if not even creates a conceptual chiasmus like this as it is, as described above, constructing an opponent other while also wanting to spread its ideas and „europeanise“ the world, as will be explained below.

Since the establishment of what is now called the European Union, Europe has been aiming to become one if not “the” big normative power in the world. The political interests of this are quite straightforward: If European values are spread out to the world, Europe will benefit from a better economy and can better play out its political interests in the world as a result of increased leverage.

To start with the less obvious one, European values once successfully spread out to the world will also bring Europe’s economy a boost. Spreading certain norms means spreading a certain culture, thus spreading opinions, views on how to live in the world and a believe system which helps to identify what it is that is considered as bad or good, or worth and not worth an effort. It also means the spread of the ideas and how to live your life, what aims and life goals people should have and are considered as „conform“ with society and also how food shall be prepared and eaten. When Europe therefore succeeds to successfully convince others of its culture, more products can be exported as societies will try to imitate European culture. And not only that: with more research put into the more cost-efficient production of originally „European“ products will help Europe to get its own products cheaper or to, with imitating other States’ newly developed technology, to produce more cost-efficiently.

Second, if Europe managed that the world conceived it as a „normative power“, Europe’s leverage and decision-making power would increase significantly. This means in the following that Europe could create a safer and more peaceful world, and especially a safer and more peaceful „neighbourhood“ for itself. It is especially its „neighbourhood“, the Arab world, where more and more threats are perceived from. Examples include the problem with Syrian jihadists from Europe (and coming back to Europe after fighting in Syria), the higher criminal rates in Europe of people with migrant background and the radicalisation.

For Europe to become such a “normative power”, it is important to understand the concept of norm creation and dispersion. Besides others for this article less interesting characteristics (the intrinsic nature of the norm, a link to the local culture and the actor’s prominence), the most important thing for a norm to successfully spread in the world is to have or at least give the “Other” the feeling to have positive narratives about it. Nobody listens to someone if it clear that he/she is not respected or does not make a positive impression to the other person. In the same way, Europe’s norm will be perceived as bad and “حرام” (harām) if Europe’s negative feelings about this part of the world are obviously negative.

Europe will therefore, to overcome this self-created conceptual chiasmus, need to focus more on its view on Arab society itself and on the Arabs living in Europe, instead of going out to world thinking it can spread its norms despite its radical destruction of “Otherness”. The promotion of education about “intercultural learning” and exchange programmes, (and youth exchange programmes, in particular) between Europe and its “Other”, the Arab world, will help to foster a more positive image of Arab society in Europe. Integration programmes, including the fighting of the extremely high unemployment rate of Europeans with an migration background, many of which have Arabic roots will, on the other hand, help to positively influence European’s view on its Europeans with migration background, the “other people”, which are living in Europe.

So therefore, my beloved Europe, please make love instead of creating more cleavages between you and your Other – it will not only save you and your people but perhaps also help to in the end finally spread your well-appreciated and valuable European ideas and concept of human rights to the world. It is, in the end, just a double win-win situation for you: you will be safer because of less fundamentalism on your ground, the Arab world will benefit from your liberal ideas and concept of human rights, and this, my dear Europe, will make you consequently even more safer as your neighbourhood will threaten you less. Good luck!